“Although I am less than the least of all the Lord’s people, this grace was given me: to preach to the Gentiles the boundless (or unsearchable) riches of Christ” (Ephesians 3:8).

This post continues on from an earlier post, which contrasts Paul and Jesus. You may find it helpful to read that post before reading this one.

We listen to Jesus, we learn from Jesus, and we worship Jesus.

Paul does not have big ideas about himself: “I am less than the least of all the Lord’s people.”

Paul does have big ideas about Jesus: “the boundless (or unsearchable) riches of Christ.”

Paul is the sinner. Jesus is the Saviour.

This contrast between Paul and Jesus is summed up in 1 Timothy 1:13-14.

Paul says this about himself: “I was once a blasphemer and a persecutor and a violent man.” He says this about Jesus: “The grace of our Lord was poured out on me abundantly.”

This contrast between Paul and Jesus continues in 1 Timothy 1:15-16.

“Here is a trustworthy saying that deserves full acceptance: Christ Jesus came into the world to save sinners, of whom I am the worst. But for that very reason I was shown mercy so that in me, the worst of sinners, Christ Jesus might display his immense patience as an example for those who would believe in hm and receive eternal life.”

Paul sees himself as a great sinner, and he sees Jesus as the great Saviour.

A sinner, saved by grace – This is how Paul saw himself, and this is how we should see ourselves.

May we never forget that we are sinners. May we, always, remember that we have been saved by grace. We may be great sinners, but here’s the good news for sinners: our Saviour is greater than our sin.

In Acts 9:1-6, you can read more about the great turning-point in Paul’s life. At that time, he was known as Saul. To make it clear that he had left his old life behind him, he became known by the new name, Paul.

“Meanwhile, Saul was still breathing out murderous threats against the Lord’s disciples. He went to the high priest and asked him for letters to the synagogues in Damascus, so that if he found any there who belonged to the Way, whether men or women, he might take them as prisoners to Jerusalem. As he neared Damascus on his journey, suddenly a light from heaven flashed around him. He fell to the ground and heard a voice say to him, ‘Saul, Saul, why do you persecute me?’ ‘Who are you, Lord?’ Saul asked. ‘I am Jesus, whom you are persecuting,’ he replied. ‘ Now get up and go into the city, and you will be told what you must do.'”

One thought on “The good news for sinners: our Saviour is greater than our sin.”

Lord, living for You is not easy.

Numbers 1:1-54 Living for You, Lord, is not easy. We face determined opposition from Satan. He keeps coming back at us, again and again. We thank You, Lord, that we do not stand against him in our own strength. We stand in Your strength, in the victory of our risen Saviour, the Lord Jesus Christ, […]

By Your grace, Lord, You call us to be Your soldiers and servants.

Deuteronomy 19:1-20:9 By Your grace, Lord, You call us to be Your soldiers and servants. Help us not to be “fearful and fainthearted” (Deuteronomy 19:19). Help us to be “good soldiers of Jesus Christ” (2 Timothy 2:3). When we hear your challenging question: “Who is on the Lord’s side?”, may we give our committed answer: […]

Joshua 15:1-63  –  ‘The land of  Negeb’ had little water. The request was made – ‘Give me also springs of water’. The request was granted. Trusting in the Lord’s promise – ‘the heavenly Father will give the Holy Spirit to those who ask Him’, we receive His blessing – ‘rivers of living water’ (19; Luke […]

Let Glasgow flourish by the preaching of Your Word and the praising of Your Name.

We fail – in our love for God. He never fails – in his love for us.

The Lord is great. He’s our great Saviour.

A mighty victory over Satan, a great salvation for us

Photo by Rod Long, Unsplash Photography Luke 14:1-35  –  Let God’s love flow freely in your own heart. Let it flow, from there, into the lives of others. Receive Christ and share Him with others. When the Gospel says, ‘Come; for all is ready’, there must be no excuses (17-20). When you share Christ, let […] […]

In the history of Israel – set free by the power of God, failure to learn, wandering, the promised land, there is a picture of the Christian life – conversion and growth to spiritual maturity by way of learning from our mistakes. We are not to remain in the past. That would be nostalgia. It […]

Some look for an easy life. They know that there will be conflict on the other side of the Jordan. They opt out – ‘do not take us across the Jordan’ (5). They think they’ve travelled far enough. God says, ‘Let us go on to maturity’ (Hebrews 6:1). ‘My happiness’ – This is what concerns […]

If we are to be ‘soldiers of Christ’, we need to be ‘purified’, made ‘clean’. There is purification by ‘fire’ and ‘water’. Purification may be painful, but we have the promise of God’s protective presence. He says, ‘I will be with you’. He assures us, ‘the waters…shall not overwhelm you…and the flame shall not shall […]

1st December: Haggai 1:1-15 ‘”Why is everyone saying it is not the right time for rebuilding My Temple?” asks the Lord. His reply to them is this: “Is it then the right time for you to live in luxurious homes, when the Temple lies in ruins?”‘ (2-4). God’s people had forgotten about God. They were […]

Acts 6:8-8:3 In life and death, Stephen was Christlike. In life and death, he made a great impact. In life, we see him, ‘full of grace and power’, doing ‘great wonders and signs among the people’. People noticed that ‘his face was like the face of an angel’. Even his enemies took notice of him. […]

Pride goes before destruction, a haughty spirit before a fall. Blessed is he who trusts in the Lord. 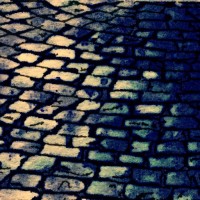 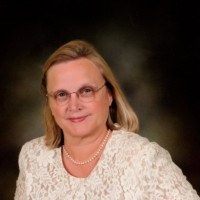 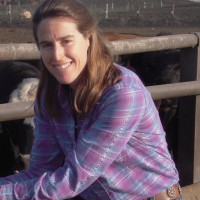 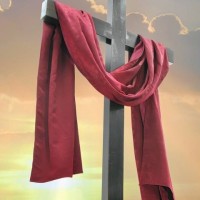 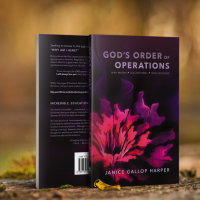 A spiritual journey in which I explore religion, personal choices and the meaning of life with fellow travelers. Plus a few recipes.

The Lord Is My Shepherd

The Way Of The Word

Make me to know Your ways, O Lord; teach me Your paths. Lead me in Your truth and teach me. Psalm 25:4-5a

If Not For Grace
A DEVOTED LIFE

Christian conversations taking us deeper in our faith

Life On the Rock
Down an Unfamiliar Road

"Take a break, with Praise"

Thoughts and Ideas that Inspire

LOVE for God through Jesus Christ in a Creative way.

Spreading the Word in a digital World

Life of a Pastor Blog

Writings and Ramblings, Thoughts and Theology | Musings and Meanderings with Words

The Bible is the inerrant, without contradiction, the inspired Word of God

Reflections on faith, life and the Bible

The #1 Christian Blog for the End of the End Times

// Keeping in step with the Spirit of God //

Biblical study, scholarship, theology, and archaeology from an equalitarian point of view

The Theological Ramblings of a Few Sinful Saints

The Words of God

My sermons, mostly RCL based.

A Place at the Table

Lift Up Your Eyes!

Jesus Is Coming Back!

The Oil of Joy

Finding Hope in This Crazy World

Luke 9:23-24 23 And He was saying to them all, “If anyone wishes to come after Me, he must deny himself, and take up his cross daily and follow Me. 24 For whoever wishes to save his life will lose it, but whoever loses his life for My sake, he is the one who will save it.

Thoughts of a Preacher's Daughter

Daily inspirational insight and revelations to start your day and offer hope, comfort and assurance in God.