Numbers 32:1-42 We say, “We want to be happy.” You, Lord, say to us, “What about being holy?” Happiness is like ‘the elusive butterfly.” We try to catch it – and it keeps on evading our grasp.” Lord, how can we find true happiness? Happiness comes to us when we are blessed by You, when we’re learning to […]

Lord, when we come to You, we come with our sin.

Deuteronomy 4:1-43 Lord, You have saved us. Help us to serve You. In all our service, may we never forget Your salvation. May we always serve You with “the attitude of gratitude.”

Lord, You gave Your Son, Jesus – to be our Saviour.

Numbers 7:1-47 Lord, You gave Your Son, Jesus – to be our Saviour. Help us to give ourselves to You – to be Your servants. Jesus died for us. Help us to live for Him. Help us never to forget His sacrifice – “Love so amazing, so divine.” May we be challenged by His sacrifice […]

Teach us, Lord, that what You have done for us is always so much greater than anything we could ever do for You.

Leviticus 25:23-55 Teach us, Lord, that what You have done for us is always so much greater than anything we could ever do for You. You gave Your Son, Jesus, to be our Saviour. Your Holy Spirit has come to live in our hearts. He’s changing us. He’s making us more like Jesus. You give […]

Lord, You call us to love You.

The completeness of Christ’s work for us

Lord, we feel like we’re making a right mess of things.

Lord, we feel like we’re making a right mess of things. Everything’s going wrong. This is the story of today’s world. It’s not just everybody else’s story. It’s our story. None of us can escape the truth – we’re sinners. Thank You, Lord – That’s only part of the truth concerning us. We are loved […]

The Lord has saved us. Let us serve Him, with our hearts full of thanksgiving to Him and love for Him.

2 Corinthians 5:11-7:1  –  ‘Reconciled’ to God through Christ, we have received ‘the ministry of reconciliation’. Saved by Him, we are to ‘work with Him’. We are ‘not to accept the grace of God in vain’ by living for ourselves. We are to be ‘ambassadors for Christ’. We must proclaim the urgent message of salvation – ‘now […]

1st May: Jeremiah 1:1-19 To understand Jeremiah’s story, we must look ‘behind the scenes’: ‘The Word of the Lord came to me, saying, “Before I formed you in the womb I knew you, before you were born I set you apart; I appointed you as a prophet to the nations”‘ (4-5). To understand our own […]

1st April: Genesis 25:19-34 Esau was a fool. He chose his own way rather than the Lord’s way. Jacob was a ‘heel’! ‘Born with his hand holding on to Esau’s heel…, he was named Jacob (Heel)’ (26). A crafty twister, a manipulating cheat, there was nothing about him that merited God’s blessing. He was not […]

1st April: 1 Samuel 17:1-58 David defeats Goliath. This is not only a story about David and Goliath. It is about the Israelites and the Philistines. It is about ‘God’ and the ‘gods’ (43,46). Victory comes from the Lord. It is given by grace. It is received by faith (47). Notice the contrast between the […]

Wonderful grace of Jesus, greater than all my sin! (Daily Devotional Readings: Year One – April).

1st April: Genesis 25:19-34 Esau was a fool. He chose his own way rather than the Lord’s way. Jacob was a ‘heel’! ‘Born with his hand holding on to Esau’s heel…, he was named Jacob (Heel)’ (26). A crafty twister, a manipulating cheat, there was nothing about him that merited God’s blessing. He was not […]

1st March: Genesis 15:1-21 God is greater than our circumstances. God had given great promises to Abraham, yet there appeared no sign that His promises were being fulfilled. The circumstances seemed bleak, and Abraham felt despondent. Abraham was full of questions. In verse 2, he asks, ‘What can you give me…?’. This is the question […] 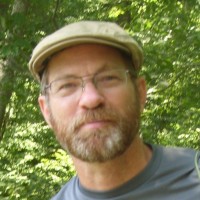 JEWELS FOR THE SOUL

Jewels For The Soul Blog is the Holy Bible Scriptures for your life as God has commanded all people to live accordingly by faith. On Jewels For The Soul Blog I will seek in God's Word Jewels Of Nuggets from the Word of God, SO by faith you may believe that Jesus Christ is the Son of God. And by believing you may be saved by confession of your faith in the Messiah, Jesus Christ the Son of the true and living God.

Pastor at St. Luke's Church. Preacher of sermons. Prays well with others.

From God's Word to Daily Life

Sermons, articles, and other musings.

A Daily Study of the Psalms

Living with God in the 21st century

On Christ the solid Rock I stand...All other ground is sinking sand

Worship Him! Praise Him! & sing a new song to the merciful & compassionate God Who paid the price for our sins!

I am hoping this blog can help people understand God’s love and not focus on judgment, hatred or animosity.

With this news, strengthen those who have weak knees. Say to those with fearful hearts, Be strong & do not fear, for your God is coming to destroy your enemies. He is coming to save you.” ‭‭Isaiah‬ ‭35:3-4‬ ‭

Inspiring Light Through the Cracks

Hope in the storms of life

righteousness by the obedience of One

Romans 15:4 "For whatever was written in earlier times was written for our instruction, so that through perseverance and the encouragement of the Scriptures we might have hope."

The Ministry of Simple Kindness

We write. You read. Be encouraged.