One thought on “Anselm on the Atonement”

So often, Lord, we start out well – and, then, something goes wrong.

Praying Through God’s Word: 2 Samuel 2 Samuel 1:1-27 So often, Lord, we start out well – and, then, something goes wrong. Our heads go down. We lose our way. We fall away from You. Where does this spirit of defeat, this spirit of giving up, come from? – It comes from Satan. He sweeps […]

There’s no hiding from God.

1 Samuel 28:3-25 – Saul sinned against the Lord. He brought God’s judgment upon himself: ‘Because you did not obey the voice of the Lord… the Lord has done this thing to you this day’ (18). ‘Saul disguised himself’’ – he thought he could get away with his sin. He was wrong: ‘Be sure your […]

The Rediscovery Of God’s Word

Help us, Lord, to receive Your forgiveness.

Lord, we have failed You over and over again.

Judges 14:10-16:3 ‘This man receives sinners’ (Luke 15:2). These are the words of legalistic Pharisees. They were intended as an insult. They are also words of divine grace: ‘Christ Jesus came into the world to save sinners’ (1 Timothy 1:15). Samson was a sinner. There is no question about that. Is he any different from […]

Without the blessing of God, our worship is empty.

God was about to do ‘a new thing.’

For the Christian, the King’s Highway is the Way of Holiness: “This is the way, walk in it.”

“Visions of God” – This is what we have in Ezekiel. These visions are not easy to understand. Their form emphasizes that God is beyond our understanding. We see the glory of God, and we fall before Him in worship (Ezekiel 3:23). We are not, however, to content ourselves with seeing the glory of God […]

Don’t let making a profit become more important than being a prophet.

Nothing in my hand I bring…

In the Lord, we are strong.

The teaching of Jesus here may be summed up thus: The heart of the matter is the matter of the heart. Jesus’ teaching was much more penetrating than the pronouncements made by the scribes and Pharisees. Not content to scratch the surface, Jesus asked the deeper question, ‘What’s going on in your heart?’. Jesus’ teaching […]

Make sure that it’s real!

Acts 8:4-40 Make sure that it’s real! Simon the magician was impressed by the ‘signs and great miracles’, but his ‘heart’ was ‘not right before God’ (13,19). The Ethiopian’s conversion was real. Searching the Scriptures, he found the Saviour (30-35). From the Ethiopian’s conversion, we learn of Jesus’ promise: ‘Seek and you will find’. From […] 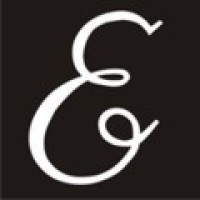 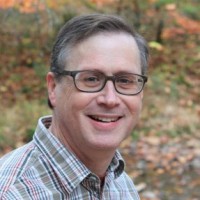 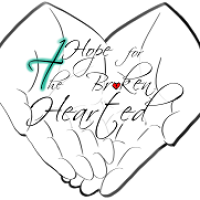 excatholic4christ
My Life in Our Father's World

But whoever drinks the water I give them will never thirst. John 4:14

Putting The Hero Back In Action

Curating a Life in Christ

A one stop for all things faith and life

Being Grateful for What We Have Ecc 6:9 NLT

Encouragement for your walk with Christ

Encouragement for your faith journey

Hope For The Broken Hearted

Blog by Debbie Kay, Founder of Hope For The Broken Hearted Ministries

Aletheia: Truth in the Darkness

THE WORD OF TRUTH IN A WORLD OF LIES

The Happy Wonderer ~ ellen b.

To honor and encourage

TOWER AND FLIGHTS (An AmericaOnCoffee Blog)

Trusting the Love of Jesus Christ, One Day at a Time. Psalm 13:5 NIV, “But I trust in your unfailing love; my heart rejoices in your salvation.”